I am happy to present to you the songs of the LIGHTSONGS #1 album. Little about the story behind them.

ANOWA – the last song of the album

Let’s begin with ANOWA, the last song of the album. So.. I start from the end and work myself towards the beginning.
Anowa was a quite annoying little song, right from the very start, til the end of the recording. By that I mean that Anowa interfered, changed and rearranged, up til the last minute when the song was mixed.. When she arrived, I was in the pool at my hotel in Sedona, Arizona. It was a hot day, the pool area was small and there were some other people there as well. 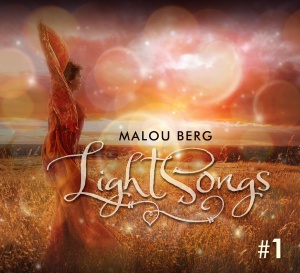 As I had had LightSongs arriving for quite some time, all over the place, everywhere, whenever they were ready, they came. Time and place never mattered. Because of that I always had my cell phone with me. Wherever I went, the phone was nearby.. So when a song wanted to be taken down, channelled, I picked up the phone and recorded the melody. After that I could return to whatever I was doing.
OK, so I was in the pool when ANOWA decided the time was right for her to come. I got hold of the phone and went as far away from the other people as I possibly could. I was feeling kind of embarrassed when turning my back to them, singing silently into my cell phone, while recording the song. Phuuh! Done! The melody was recorded, the song was satisfied and let me off the hook.. for now..

Phase 2.. arranging the vocals.
This could have been an easy part, if it had been another song. Anowa had strong opinions about what was acceptable and what was totally uninteresting. Whatever idea och choir arrangements phrases I came up with, Anowa sort of looked at me, shaking her head, in disbelief, sighing “Is that the best you got?” “No no no, this won’t do”. “Are you kidding me??” The song stepped in, throwing in one theme after another. I felt like.. stop stop, you can’t change the whole song like this, there are enough themes as it is already. No more themes, okey?
“No more?! Really?! But what about this?!  And this!!” Lots of different pieces, themes that weren’t connected, didn’t belong together. I struggled with Anowa for 3 whole days, tried to reason with her, but she was unbelievably stubborn and wouldn’t give in. Not in any detail.
The last part she throwed in was the jubilee explosion. “I want some JOY!!” This happened the third day and then I got a headache.. This was just too much to handle. I needed a break.

So I took a bicycle ride in the woods together with my dog to clear the overload in my head. The trees in the woods embraced me, soothed me, helped me to breathe out, relax a bit. and then suddenly I knew just how to connect the pieces. And when that was clear to me, the arrangement part was a piece of cake.

During the recording ANOWA was quite silent, accepting and content. (I was really happy about that) I had a feeling that she wasn’t done yet.. and I was right. In the mix phase, in the last minute so to speak, she made me and Lasse Nilsson (engineer, sound master and flugelhorn player as well) change and rearrange one part of the song that she didn’t quite approve.

Yes ANOWA was really annoying and a challenge for me at the time of her becoming the song she was intended to be. But now ANOWA is one of my absolute favorite LightSong. And I absolute looooove the jubilee part.

STILLA MIN SJÄL – the 4th song of the album

I began with ANOWA, the final song of the album. Let’s continue with STILLA MIN SJÄL, the song before Anowa. So.. I started from the end and work myself towards the beginning. While Anowa is a stubborn, uncompromising song, with incredibly firm opinions about everything, Stilla Min Själ is of a different kind of energy. With her you rest assured. There is nothing to worry about. She is mild, warm, tender, peaceful and floating. To work with her calms the atmosphere, makes it still. It is as she is singing within you.. that all is well. All is well.

But let us take it from the beginning. Stilla Min Själ is the oldest of all the LightSongs. She arrived already in the early days of the Pleiadian Suite and I can’t even recall how she entered the world. Maybe she just arrived one day, without making any noice or fuzz about it. It would be totally in line with her being, her flow of energy.

I had just recorded the album HOYA, songs filled with outward, physical and undeveloped raw energy and wanted a counterpart with inward, reflecting, meditative songs. (that would later become OMINE, the second album in the Pleiadian Suite) and Stilla Min Själ was one of the songs considered for that album. My producer at that time believed that with lyrics in Swedish, it wouldn’t work with the other songs. She would stick out, not fit in. So I wrote her new lyrics in the old language and Tada!! Can you imagine; ION KANTEH was born.

Stilla Min Själ had other things going for her. She was introduced during a composers week in Italy where songwriters, classical composers, poets and lyricists had been invited by the church to create hymns and psalms for a new appendix, Psalm 2000, to be used by the Swedish church in their ceremonies. We were about 20-30 people, singing through all the songs we had brought with us, to feel into them, would they work in the ceremonies? were they easy to sing along? To hear STILLA MIN SJÄL sung by the whole group was an amazing, powerful experience and I got goosebumps all over my body.. And this song was one of the songs suggested to be part of the new appendix. It didn’t turn out that way, but oh what an honor to be considered!

Besides that she was abiding her time. I didn’t know it, but I am quite sure she did.

Time passed by and when the LightSongs were about to be recorded, Stilla Min Själ quietly flowed into the group of songs. As peaceful as ever. It was exciting to create a new choir arrangement and not use the old one for ION KANTEH, even if I am sooo in love with that one. The lyrics in the two versions differs too much, both rhythmically and verbally, so I had to write something new. (But a little part of the old sneaked into the new arrangement.. hihi)

The thought behind all LightSongs is that they shall be long. Giving the opportunity for the listener to sink into them, breathe out and slow down. With time enough to learn the melody and the simple, repetitive phrases. Time enough to begin singing along, flowing with the song. And there shall be several instrumental parts. They’ll give space for reflection and rest. So the length of the songs are of great importance. STILLA MIN SJÄL embodies that thought. With her 14 minutes she is the second longest song of all LightSongs. (to compare with her twin ION KANTEH, only 6 minutes long). Every time we worked with STILLA MIN SJÄL at Nilento Studios in Göteborg, she has embraced us all with her peaceful energy, like a warm calm, filling the whole house and everyone inside it with a stillness so powerful, you can almost touch it. What a wonderful gift to experience that.

The LightSongs were divided on three albums. And I put them in alphabetical order. For some reason that worked perfectly. A couple of songs were of a different opinion. One of them was STILLA MIN SJÄL. That was the only time she actually protested or had any comment at all about how things evolved around her. And of course she got it her way. Anything else was totally unthinkable. She now resides together with all the songs that begins with an A.

The lyrics translated to english: