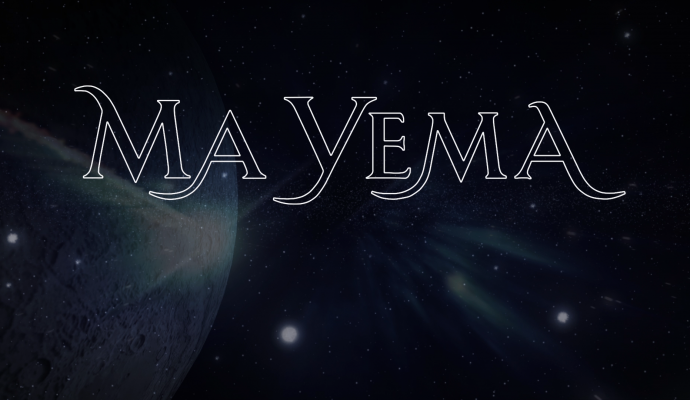 OmaO (Earth) is one of the songs in the album Ma Yema which was created the moment we recorded it.
When I was visiting Big Island, Hawaii, a little musical phrase landed in me and I brought it with me to the recording of “Spiral, an inner journey” with the percussion player Xavier Desandre Navarre and keyboard player Thomas Hellsten, sound engineer and co-producer Lasse Nilsson at Nilento Studio. (Besides Spiral we also recorded a couple of other songs and one of them was OmaO (Earth). Those “besiders” plus 3 songs from Spiral finally ended up in the album MA YEMA.) And how we tried, tried and tried again, to get into this little phrase, get out of it, develop it, expand it, flow with it, trying different approaches,.. make it work and flow somewhat close to how I heard it inside of me. As we were trying to find the way for this phrase, that inner hearing got more and blurry and finally I lost it completely.. And what ever way we played it, well it was not working. The melody fell to the ground, laying there like a zombie. When the percussion player Edo Bumba came to the studio for a session together with us, we did a last attempt. But no, no, NO! The phrase wouldn’t approve. That’s the way my songs and melodies usually behave when they don’t like the musical clothing I am trying to squeeze them into or surround them with. And this no was a MEGA-NO!!! Yack! Horrible! Never In My Life That I Will Agree To This!! FORGET IT!!

Lasse said, “Malou just drop that idea, it won’t work. Let’s create something else, something new”.

Said and done. And in the moment I gave it up, instantly the flow was there, powerful and mighty. It just washed all over us, pumping up the gas.. It was like riding on gun powder. All we had to do, was to follow the flow, saying Yes! to the music that appeared, welcome. come in! And somehow, that little musical phrase sneaked into the song – smart little phrase – 😉 but now it had changed from minor to major! Omao (Earth) is not altered in any way, nor repaired or shortened. From the first little tone, until the last one, it is intact, this is exactly how it arrived. What we have done afterwards, is adding choirs, strings, some more percussion and keyboards. Glorify it, expanding the sound. That’s all.

I have dedicated Omao (Earth) to Hawaii, as Hawaii has a big place in my heart. It is my Heartland.

this VIDEO-snippet, one in a series of 6, was created by Jack McGuinness