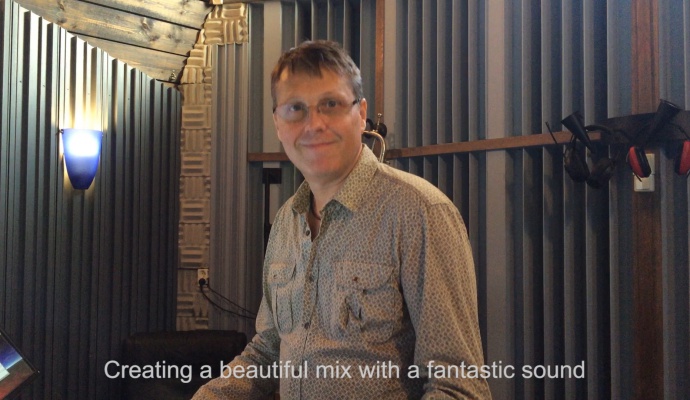 I met Lars “Lasse” Nilsson the first time in 2000 and we recorded HOYA, in what was to become the first album of many, and also the first album of The Pleiadian Suite. But we had no idea of that back then.
We recorded the african percussion on HOYA in my mothers summerhouse at Snäcksjön and the choirparts in a church outside of Stockholm. Mixing and mastering was done at Nilento Studio in Göteborg. And the albums that followed; HOYA, OMINE, AMAONA, ALIGNMENT, BREATHE OUT, and MA YEMA were all recorded in the studio built and run by Lasse and his wife Jenny: Nilento Studio.

Many years have passed since Lasse and I met. Collaborating with Lasse has been a tremendous, inspiring and wonderful musical journey for me.. And over the years he has become a friend of mine. Lasse is very supportive, keeps the energy high and is making people in the studio feel at ease. He is very present and focused and has full control of every detail and part of the recording. Lasse is a great person to collaborate with.

Listen to the flugelhorn intro to “Sola Me” – the ending song on MA YEMA.